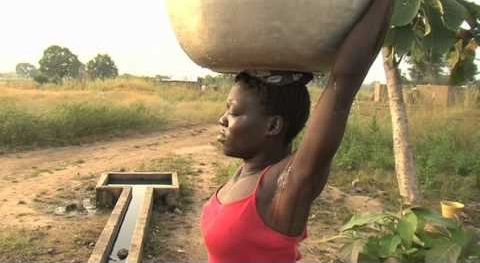 Poverty has always been a part of the world even in the developed world where it is assumed that everyone is well to do some of the people find themselves living on the streets because of poverty.

The vision of ending poverty word wide by the year 2015 by the Millennium Development Goal census to be a mirage.

Poverty is an unacceptable human condition that needs to be addressed at all cost. Poverty is characterized by lade of access to essential services, assets, credits and opportunity to which every human being is entitled to. Every individual should be free from hunger, should be able to live in peace and should have access to basic education and primary health care.

Poor households need to sustain themselves by their labour and be adequately rewarded and should have reasonable protections.

In addition, individual and societies that are poor tend to remain so if they are not empowered to participate in the decisions that will shape their lives.

Majority of the people living in rural Ghana fit into the World Bank’s classification of extreme poverty. Extreme poverty defined by the World Bank is getting an income of $1.25 a day, means that households cannot meet basic needs for survival.

They are chronological hungry, unable to get health care, lack safe drinking water and sanitation, cannot afford education for their children and perhaps lacks rudimentary shelter – a roof to keep rain out and basic cloths.

Nowhere is this fraud as acute in Northern Ghana. The situation in there is drawing and needs urgent attention.

The World Bank estimates that 1.1 billion people live in extreme poverty and Africa has a large proportion of such figure. In fact Africa is the only region where the number has doubled in the last 20 years.

The nature of poverty is complex and diverse but there is an urgent need to launch an assault on rural poverty in Ghana. This is not to say there is no urban poverty in Ghana, of course there is, one needs to visit Nima for example but situation in the rural areas are worse. Most people are leaving with poverty that kills. Poverty in rural areas is driving mass migration into the urban areas and fueling lawlessness and violence.

We see able bodied men on the streets without vision, without mission. Men fit for the farms but glued to the cities.

Economic crisis, inflation, unemployment, lack of credit facilities to engage in productive ventures and an old fashioned educational system that frauds to respond to and meet the needs of the modern economy are pitching millions into poverty who were previously making gains.

Government come in and go out with the same promises of making the poor have a good standard of living but end up making the poor even poorer by the time they leave power.

Accounting to the Millennium Development Goal policy demand the government is in a better position to eradicate poverty it implement the agriculture development fund, create an enabling environment for the local industries to strive, establish a special fund to support locally manufactured products.

In terms of education, the government should invest in primary educational facilities, especially, not bow to development partners unfair conditions, make trade fairs and not sign the EPA in as current form, poverty in Ghana will go a long way to being educated.

The campaign of the MDG to help end poverty has long overdue as it has been advertised almost all over the country to make awareness about the fast widespread of poverty in Ghana and the world and the need to stand firm to present it.

It is now the turn of the government to show concern evidence of trying to end poverty which never counts to reality. If the government would start the elimination of poverty at the district level effectively, its impact will be beneficial to the nation as a whole.

Get all latest content delivered to your email a few times a month.