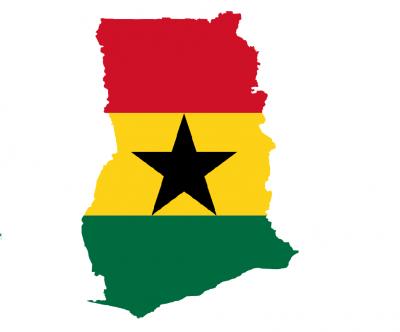 I sit behind my TV and watch the alarming rate of adolescent pregnancies in Ghana and it baffles me a lot.

The contribution of females to the Socio economic development is inevitable. Females constitutes more than fifty-one percent of the entire Ghana population and therefore education should be a necessary prerequisite for them to be able to significantly contribute t the development of Ghana.

According to 2010 population census of Ghana, females constitute 12,633,978 representing 51.2% of the entire population of almost 21 million.

Many young girls especially those in our rural communities even though have the desire to complete school become drop out due to several circumstances and mess their lives up.

There is therefore the need for us as a country to step up, strategies to sustain young girls in schools as their male counterpart does. One of the major issues which continue to stand in the way of young girls is teenage pregnancy. I would like to put forth some of the causes and effects so that people who would intend to invite themselves would perhaps desist from it.

Some of the causes are as follows:

Some of the effects are as follows:

Throwing light on few of the effects and causes, listened above would help to broaden the minds of interested readers to gain more insight about the topic under discussion.

To begin with issues possible, parenting now a day, are on the increase and this has stimulated a lot of teenage pregnancies on our young girls full of life and future. Many parents have busy lives that prevent them from providing the guidance and support that their young teenagers need to make good decisions on issues such as sex.

When a teen does not feel that she can talk to her parents about sex either because they forbid sex talk or because they are not around,  She will more than likely turn to friends for direction on whether or not to have sex resulting in misinformation and possible teen pregnancy.

Also poverty pushes our girls to certain life which could endanger their life in so many ways. For example a teenage girl needs clothes, shelter, food, books and her school fees and other petty items Needs to be provided for and paid and if parents are not able to provide these things they seek things elsewhere and become victims of teenage pregnancy.

More so lack of education also contribute to teenage pregnancy.  There are some key issues that are very critical and need to be circulated among our teenage girls in other to be aware of it. So that when it crops up they will know the way forward as to when to elude those temptations. For example, the danger of pre-marital sex, fornication, sexual intercourse without protection, entering people’s room to watch television.

The next item to add is bad company made by children especially our teen girls. Different teenage children are brought up by different set of parents and also in a different background, so you can imagine how they would behave and react to certain situation would be different. So if these girls who form the tail part of the group or company are brought up, they can influence their peers due to how they were brought up or according to the geographical movement.

In addition is lack of parental control. Most parents do not have time and do not care about their children. They have them to behave how they want. When they are going off track, they do not correct them, and if this continues for a longtime the children will get out of hands and behave how they want and they can fall into the temptation of pre-marital sex. which can lead to teenage pregnancy.

On the side of the effects, rejection is something you can bring out when our young girls become victims of teenage pregnancy; the first emotional trauma is teenage pregnancy. The girl who is pregnant feels deserted and rejected by friends and family.

She feels bad to go in the midst of people.

Also teenage pregnancy destroys education of the girls. Because of the stress and trauma association with pregnancy. They are compelled to stop schooling or become a school dropout. When this happens some these young girls will not have the urge to continue their education.

Also medical complications often occur in pregnant teenagers. Too often, teens do not seek adequate medical care during pregnancy; complications that may occur during teen pregnancy include anemia, high blood pressure, placenta prevue and premature birth of the baby.

Also a teenager may suffer an emotional crisis if she becomes pregnant and does not want the baby. The crisis may lead to rush behavior such as attempting to self abort the baby or suicide attempt.

Depression may arise when a teenage is pregnant. The teen may fall into depression while trying to handle the emotions a pregnancy create and all of the possible negative feedback about the pregnancy from friends and family. The fluctuating hormones that a pregnancy causes may also prompt depression.

In a nut shell the causes, effects and dangers of teenage pregnancies should be given much education by the government, stakeholders, resource persons, parents and individuals so as to eliminate the pileup as country, community and individual.

Get all latest content delivered to your email a few times a month.